June 05, 2018
Many of you are looking for a free way to do back ups on WordPress, and even though I've got some scripts to back up whole directories and that on my website, it's really nice to be able to split each WordPress instance or website into its own backup, just in case one goes bad or you need to move it. I've been using BackWPup. I think that's how they pronounce it, but it's WordPress back up plug-in for a year or so now, and it's only gotten better. You can look for it. Just type in BackWPup. I'm not going to teach you how to add plug-ins or activate them or anything like that, so that's the name of it. You'll notice on the dashboard, you have a way to set up your options. 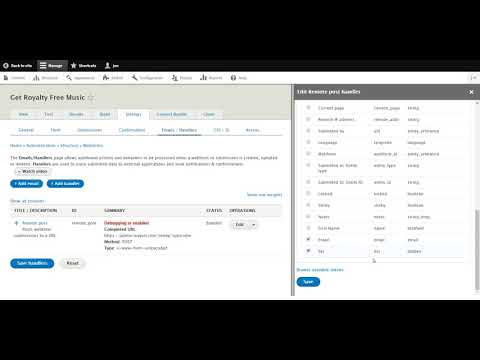 Transcript Okay, everybody. This is Jon Griffin. I'm gonna show you one thing that I found out with the Drupal 8 Webforms module.
One thing I wanted to do was have some separate forms that actually go to different lists under my main list. In this case I give away some free royalty-free music and I didn't want that in my general list. I wanted them to be on a separate list.
So in order to get the packet they have to basically put in their first name and their email. Then they get sent to my list with an email back giving them a page to download all that.
I'm not gonna show you how to install Webforms or the basics of it or anything else; there's plenty of tutorials, including what's included with this plugin, which is a great pl…
Read more
June 27, 2018 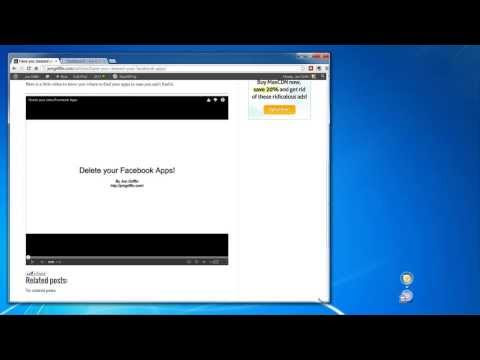 Warning, this is deprecated now. I'm leaving it in the interest of Web Integrity. Tweetables Does your blog video display correctly on mobile devices? ... click to tweet Use WordPress? Do your videos play at the right size on all devices? ... click to tweet
Transcript Hi, Jon Griffin here with another little tip, brought to you by mayulienterprises.com. This is sort of a geek tip and also sort of a marketing tip because it affects both. But it’s not geek so much that you have to do a lot of code. Basically, if you want your website to work both mobile and traditional, you need to make sure your videos are also what we call responsive or they’re fluent and they move with the size of their screen. I noticed a lot of people may have a great theme that looks good on mobile, but their videos from YouTube or wherever, they don’t size correctly.
Responsive design for video I’m going to show you a little trick in WordPress, a plug-in and I’ve tried a lot of them, because I do a lot of vi…
Read more

July 03, 2018
How to create blog content easily Just one post per week... it's not that much too ask is it?
Many of the people I talk to about Internet marketing say the same thing, "I don't have time to keep up with my blog." This is especially true in the offline world. Business owners are juggling too many different tasks, and writing an article seems like a lot of work. I would counter, especially to the offline business owners, that you are an expert, it shouldn't take that much time to write an article.
If you make writing an article a week a part of your overall strategy, then it will become a habit, and better yet, easier to do every week. Don't be afraid to change that goal to two articles a week or three, whatever.
Make sure you also put this on your marketing calendar you will be surprised at how easy it is to follow through when you have a reminder and it is written down.
Here are some ideas for those of you who really struggle with articles.
Unlimited writing…
Read more